Lake of Bays and Huntsville are the perfect destinations from which to explore everything that’s great about Muskoka.

From here you’re an easy drive to world-class resorts such as Deerhurst, famous as the site of Canada’s G8 summit of world leaders in 2010, as well as some of the best open water for boats and personal watercraft. Those who enjoy paddling canoes and kayaks are also spoilt for choice, thanks in particular to the proximity of Ontario’s largest provincially protected wilderness, Algonquin Park, which offers an endless variety of routes and overnight camping opportunities.

The area boasts numerous excellent attractions, too. Perhaps the most famous is the RMS Segwun, North America’s oldest still-operating steamship. Based in the town of Gravenhurst – the ‘Gateway to Muskoka’ – a great time to visit this wonderful old vessel is during the always fun Antique and Classic Boat Show, which draws hundreds of elegant old wooden boats from across the US and Canada.

And, of course, Lake of Bays has its own famous ship: the SS Bigwin, once the property of Bigwin Island, now offers sightseeing trips around the lake. Equally famous is Santa’s Village in Bracebridge, a fun family getaway that’s been drawing the crowds to the summer vacation home of old St Nick for over 60 years now.

And then of course there’s Muskoka’s superb shopping. Any seasoned shopper to the region knows by heart the key places to pick up great souvenirs, gifts and clothing, including Robinsons General Store in Dorset, Muskoka Bear Wear (five locations, including Huntsville), Algonquin Outfitters (also in Huntsville and other locales) and, of course, Yummies in a Jar for sweet or savoury treats.

To learn more of Susan’s favourite things in cottage country, be sure to explore her frequently updated Muskoka Guide. 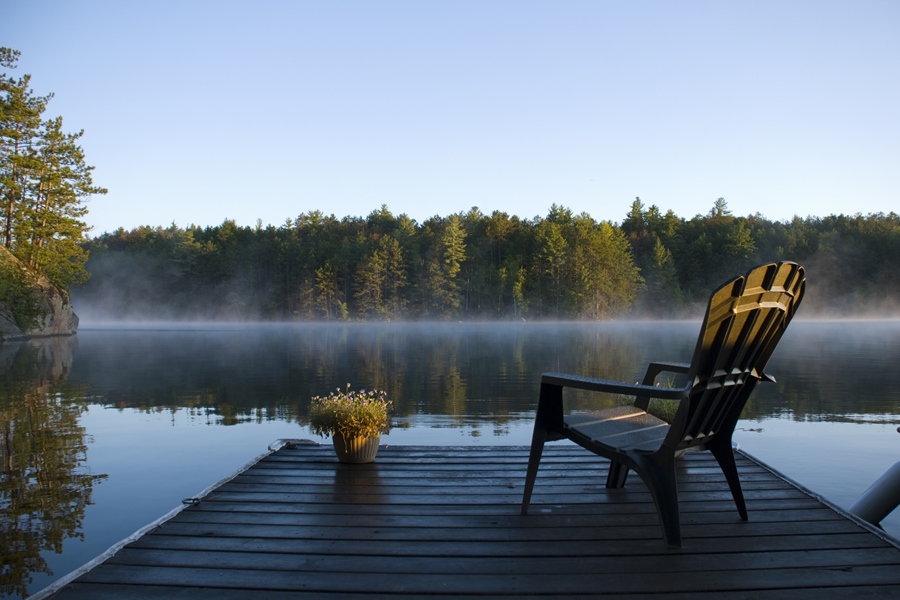 This report begins with a disclaimer. These reports are prepared using, amongst other sources, data provided by the Lakelands Association of Realtors. In late 2017 the Association moved to a new multiple listing provider, and unfortunately ever since the Association has experienced difficulties producing reliable market data. Click here for a PDF Version.

What data we do have appears to indicate that the market patterns that have developed in the last two years are continuing into 2018. The Association reports that in the first quarter of 2018 it has processed 1,689 waterfront listings. This a 42 percent decline compared to the 2,892 listings that were processed during the same period in 2017. There were 1,227 recreational property listings processed during this same period, a 38 percent decline compared to 1,994 listings processed last year.

Given this lack of recreational inventory it’s not surprising that sales have proportionately declined. To date 556 waterfront property sales have been reported. Last year 1,272 sales took place, a decline of more than 56 percent. Recreational property sales are equally in decline. Last year there were 951 reported sales for the entire region administered by the Lakelands Association. This year only 415 sales were reported in the first quarter, a decline of over 56 percent.

The data emerging from the Association’s various sub-regions in the Muskoka and area markets is consistent with the overall market. In the Haliburton region 128 recreational properties were listed for sale in the first three months of 2018, a 23 percent decline compared to the 167 listed in 2017. Over the same period sales have declined even more dramatically. Last year 91 recreational properties were reported sold, this year only 44, a decline of more than 50 percent.

On Muskoka’s big lakes, Lake Rosseau, Lake Joseph and Lake Muskoka, 97 new recreational property listings were processed in the first quarter of 2017. This year that number has dropped to 56, a decline of over 42 percent. The decline in sales resembles the decline in sales on Lake of Bays. Last year there were 40 reported sales, this year only 14, a decline of 65 percent.

It is interesting to note that Chestnut Park and its sales representatives have far out paced the performance of the overall market. Whereas sales in all regions have decreased dramatically in the first quarter of 2018, Chestnut Park’s Port Carling office has seen increases in both the volume of sales and in dollar value of recreational property sales. During the first quarter sales increased by 36 percent while the dollar value of all properties sold increased by 33 percent.